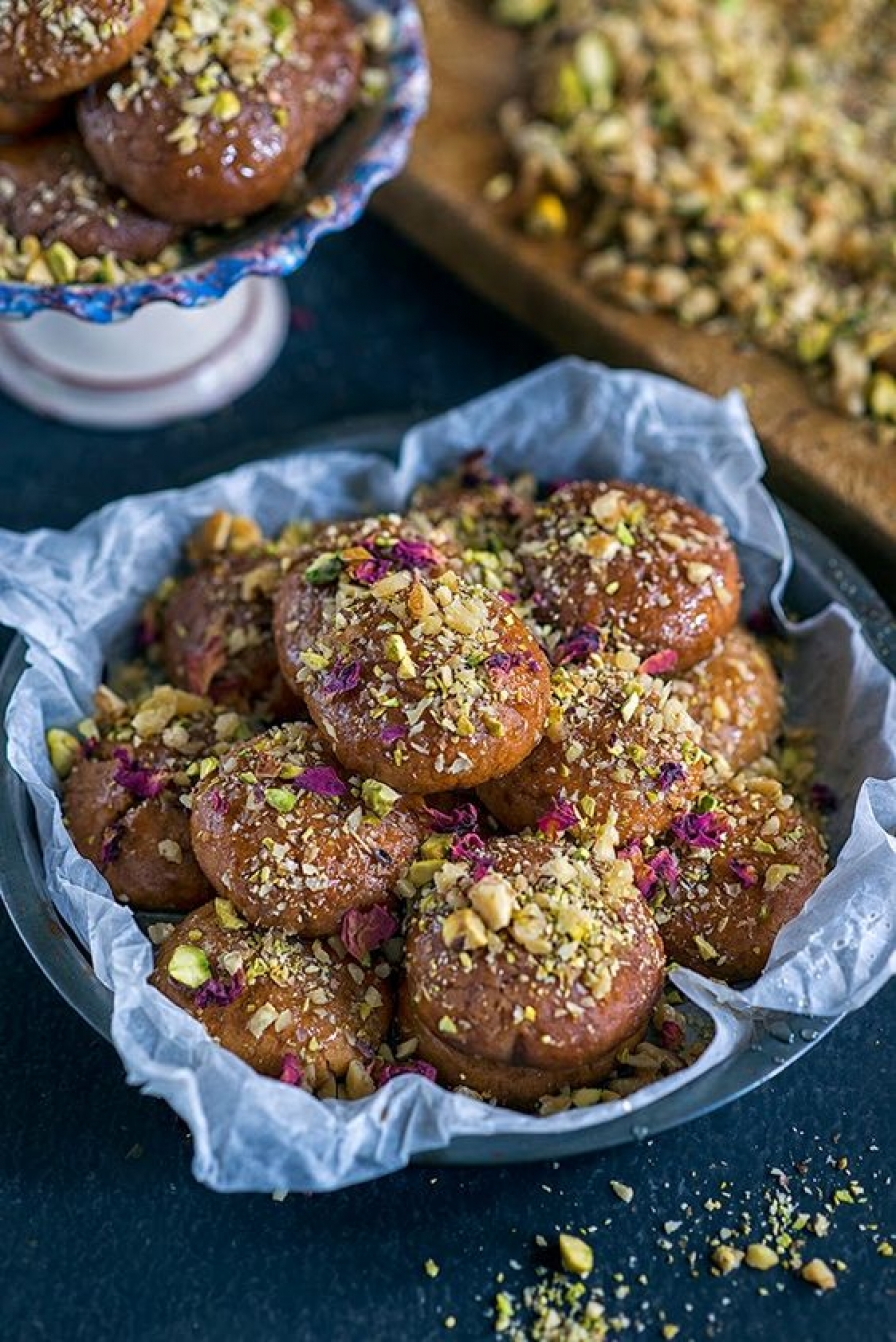 Zest from a lemon

If you want the syrup to be sugarless, boil 250g of water with 1 cinnamon stick and 3-4 cloves, let cool and then add 750g of honey and a few drops of lemon.

Begin the recipe by firstly making the syrup.

Remove from the fire and when cool, add the honey.

Mix the flour, baking powder and semolina in a bowl by using a whisk.

Use a bowl to dissolve the soda in the orange juice, until it foams. Add the rest of the ingredients and mix well.

Place the mixture of flour, baking powder and semolina in the bowl work the mixture by hand until the yeast becomes malleable and soft.

By using your fingers, press lightly on the surface of a rubber or a sieve in order to give them their characteristic shape.

Finally, bake the melomakarona on a baking plate covered with a release paper in 175 ℃ for 15-20 minutes until golden brown.

Remove from the oven and immediately throw them in a bowl of cold syrup.

Dip them and stir with a slotted spoon for about 1-1.5 minute.

(Cut them in half in order to see if there is enough syrup inside!)

Finally, remove the melomakarona from the bowl, by using the slotted spoon and spread them in a tray in order to sprinkle with grated walnut.

Cooking is Partying!
Come to us and we are going to design together your own kid’s party!!! The kids Cooking Program Event!!